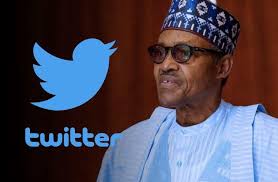 The Federal Government has lifted the suspension of Twitter operation in Nigeria with five conditions following approval by President Muhammadu Buhari.

But the restoration of service takes effect from midnight of January 13th, 2022.

The ban, according to the Federal Government, was a deliberate attempt to recalibrate Nigeria’s relationship with Twitter to achieve the maximum mutual benefits for the two sides.

It said the engagement will help Twitter to improve and develop more business models to cover a broader area in Nigeria.

But the government warned all users of the Twitter platform to maintain ethical behaviour and refrain from promoting divisive, dangerous and distasteful information on the platform.

It warned all internet platforms against committing a crime by using a Nigerian Internet Protocol (IP).

He said such offence is “synonymous with committing a crime within our jurisdiction.”

He said the approval was given following a memo to the President by the Minister of Communications and Digital Economy, Prof Isa Ali Ibrahim.

Inuwa, in a statement, said: “The Federal Government of Nigeria (FGN) directs me to inform the public that President Muhammadu Buhari, GCFR, has approved the lifting of the suspension of Twitter operation in Nigeria effective from 12am tonight, 13th January 2022.

“The approval was given following a memo written to the President by the Honourable Minister of Communications and Digital Economy, Prof Isa Ali Ibrahim.

“In the Memo, the Minister updated and requested the President’s approval for the lifting based on the Technical Committee Nigeria-Twitter Engagement’s recommendation.”

Inuwa listed five conditions which Twitter has agreed to meet to restore its operation in the country.

He said: “The FGN has asked Twitter to fulfill some conditions before restoring its services. These conditions addressed legal registration of operations, taxation and managing prohibited publication in line with Nigerian laws. Twitter has agreed to meet all the conditions set by the FGN.

“Consequently, the FGN and Twitter have decided on an execution timeline, which has started this week.

“Our engagement with Twitter opens a new chapter in global digital diplomacy and sets a new operational template for Twitter to come back stronger for the benefit of Nigerians.

“The following are the resolutions agreed with Twitter. Inc.: