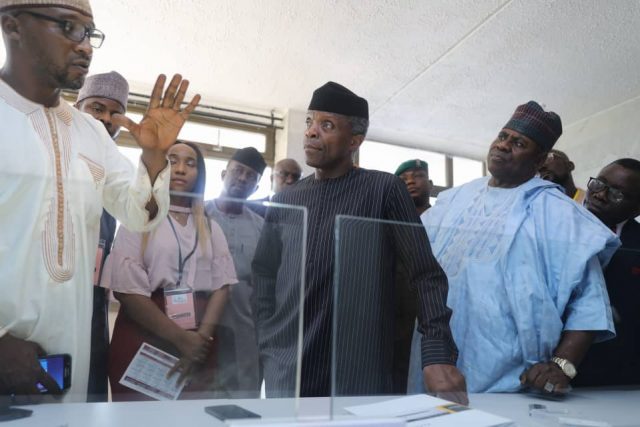 The Vice President, Yemi Osinbajo on Tuesday said the Federal Government would establish six innovation hubs in the country.

Osinbajo made the disclosure at the launching of the North East Humanitarian Innovation Hub in Yola.

The Vice President said that the six innovative centres would be spread among the six geopolitical zones in the country.

He said that the hubs would be used to foster creative local solutions that could tackle humanitarian issues within their locations.

Osinbajo said that the centres would provide opportunities for youths to think and innovate technologies that could address the problems affecting immediate communities.

He said the Administration would build the six innovation hubs and connect them with six universities beginning with University of Lagos.

He announced that the launching of a climate change hub in the University of Lagos would come in couples of weeks.

He also said that the government would also introduce a Creativity and Technology Advisory Council.

According to him, the Council will harness technologies and turn technical ideas developed by individuals into industrial products.

He declared that technology and innovation were critical for national development for a prosperous country.

He said that the process of rebuilding the North East was one of the major priorities of the present administration.

Speaking Earlier, Dr Buba Bindir, Secretary to the Yola State Government called on the Federal Government to connect all the six states of the North East with a single dual carriageway.

Bindir said that the dual carriageway would connect from Bauchi to Maiduguri, Damaturu, Yola, Taraba, Gombe back to Bauchi.

He also called for a declaration of a state of emergency in infrastructural development in the North East.

The Vice President was accompanied by Ministers of Health, Woman Affairs and Social Development, State for Budget and National Planning among many other government officials.