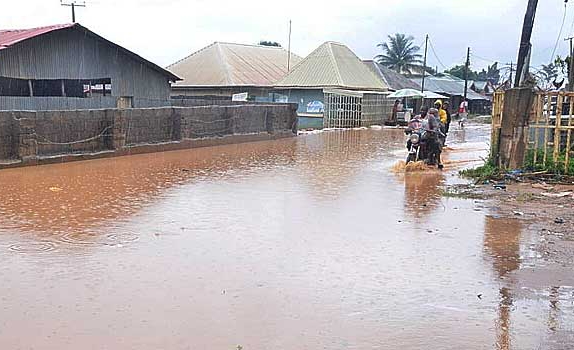 The Nigerian Air Force (NAF) on Wednesday said it was prepared to collaborate with the National Emergency Management Agency (NEMA) in managing flooding issues across the country.

Ekeh said officers and men in the command would give NEMA all the support it needed to perform its roles in flood management.

The News Agency of Nigeria (NAN) recalls that NEMA has issued flood alerts to residents in some states.

It listed some of the states likely to be affected to include Kebbi, Niger, Kwara, Kogi, Anambra, Edo, Delta, Rivers, Bayelsa, Adamawa, Taraba and Benue.

“We are ready to collaborate and assist NEMA and the entire team to ensure they carry out their statutory responsibilities and roles,” the AOC said.

The NEMA boss said that flooding became alarming on Sept. 7, but the agency was not relenting in its effort to avert any bad situation.

“NEMA has been monitoring the situation for over a month and the state of preparedness not only on the people, but on frontline states has been on.

“We have been trying to enlighten them and we have called an emergency meeting with all stakeholders including the Defence Headquarters and we set up a team to go to the 12 identified frontline states to carry out certain assignments like sensitisation.

“Where we also see that sone communities are under serious threats, we will commence evacuation just like Taraba State. We evacuated some people and identified some areas wherever we could move them to,” he said.

He assured Nigerians that the level of NEMA’s preparedness was appreciably high.

NAN reports that the NEMA boss also played a visit to where the C130 aircraft that can be used to deliver relief materials if the need arises is.