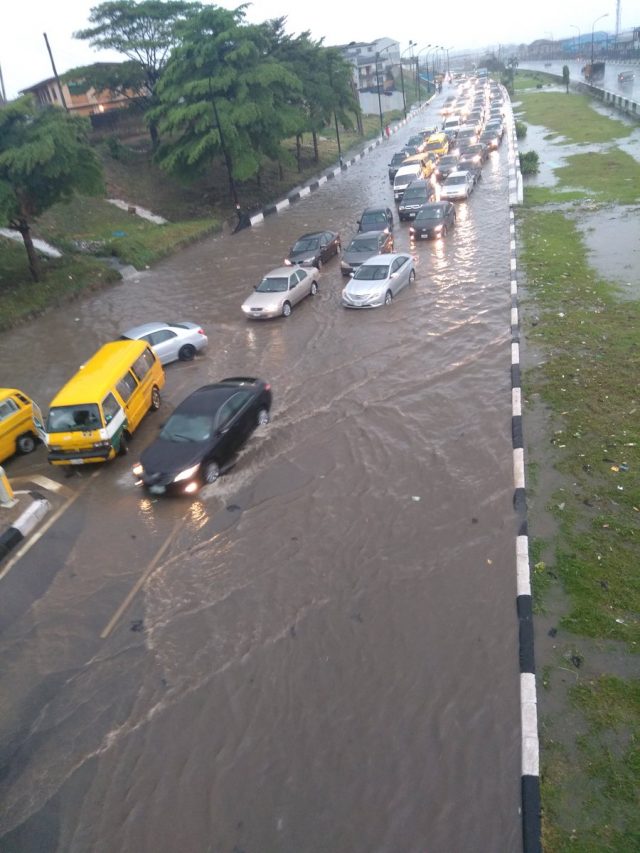 Some parts of Lagos State were hit with a flood, following the early morning downpour on Friday.

Residents of the affected areas of the commercial city woke up to flooded streets especially in areas like Ketu, Bariga, and Ojota after the early morning downpour which lasted for several hours.

The flooding according to the residents is because of drainages blocked majorly with plastic wastes.

At a big carnal around Chaly Boy bustop in Gbagada, Bariga LCDA, there The Advocate gathered that people were forced to go through water to get to their destination under the heavy downpour as well.

At Maryland, some motorist had to man-over through the flood, while some vehicles broke down as a result of the current of the water which entered their cars engines.

As a result, many motorists were forced to park their vehicles as others forced their way through the flood.

Motorists who braved the flood, did so at snail speed, as they were confronted with traffic gridlock.