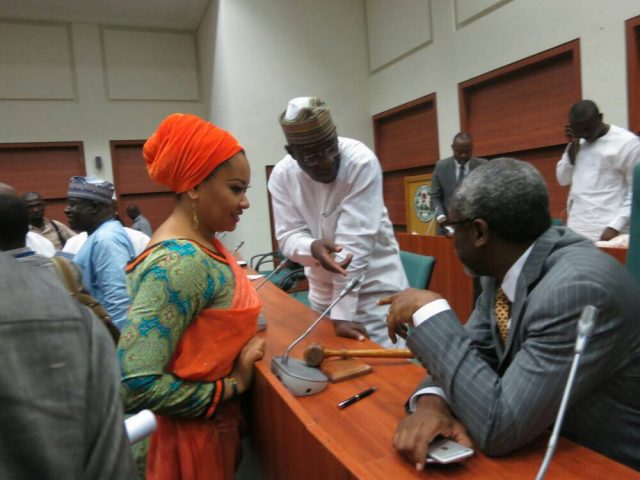 The House’s Ad hoc Committee on Ajaokuta Steel Company gave the advice in Abuja at the investigative hearing on the failure of the company to commence full operation since inception.

The Committee queried Minister of State for Mines and Steel Development, Bawa Bwari, over the delay in the completion of the project, saying it had taken about 40 years for the steel complex to commence production.

Chairman of the committee, Femi Gbajabiamila, told the Minister to put the planned concession on hold until the investigation was completed, saying that the House was determined to get to the root of the matter.

Gbajabiamila, who is the Leader of the House, stated that besides financial support  needed for the smooth take-off of the plant, the political will by the country’s leadership in that regard could not be over-emphasised.

Another lawmaker, Nicholas Ossai, wondered if there were no capable Nigerians to manage the company efficiently before the GOvernment’s recourse to concession.

Sani Abdul also said that the Ministries of Petroleum Resources, Works, Power and Housing ought to have been put up for concession by government in place of the company.

The lawmakers questioned why past Ministers in the Mines Ministry always cancelled concession agreements entered by the previous administrations on Ajaokuta plant.

In his response, Bwari told the Committee that the major problem in the Ajaokuta Steel Complex was the production of steel for industrial development.

He said that the company was meant as bedrock of the nation’s industrial development, but had been hampered by paucity of funds by all previous governments.
”Right now, we are borrowing. If we have money, why do we need to be borrowing,” he said.

Bwari explained that ”concession does not mean surrendering our sovereignty or entity to foreigners, and that the contract would be advertised.

The Committee, however, asked the Minister to ensure that appropriate funds were earmarked in the 2019 Budget for the completion of the company.