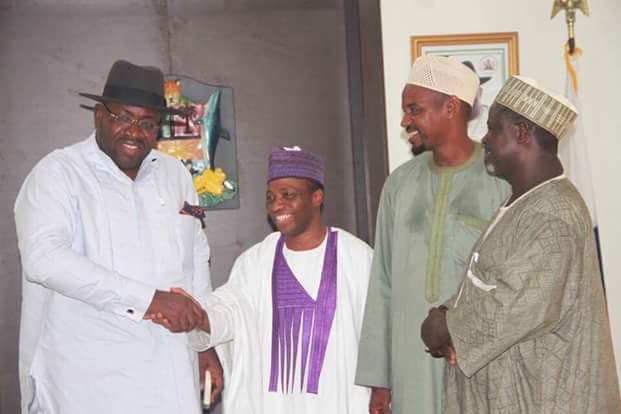 He was killed along with three of his workers.

It was gathered that Abdukareem was killed along the Bayelsa Palm Road.

A witness who accompanied the corpses to the morgue of the Federal Medical Centre (FMC), Yenagoa, said the four victims were killed within the premises of Abdulkareem’s private abattoir.

“The armed men invaded the place this afternoon and shot him. He is a very friendly person and indeed a household name because he is the largest supplier of cows in Bayelsa.

“The gunmen also turned to his boys and killed three of them. It is a sad development,” the source said.

The source said the motive behind the dastardly act remained unclear and would be uncovered by security agencies during their investigations.

Asinim Butswat, Police Spokesman for Bayelsa Command confirmed the incident in a statement. He said investigation into the incident was underway.

“On December 2, 2017, at about 1230hrs, three unknown gunmen in a Black Mazda 323 car, Reg No yet unknown, went to Azikoro Road by winners U turn, Yenagoa, where one Jibril Abdulkareem, the Chairman Cattle Breeders Association, Bayelsa State Branch, was discussing with three others, shot at them on their heads and drove off to unknown destination.

“Policemen were immediately deployed for possible arrest. The scene was visited by the Police.

“Three of the victims one Abiso Abba ‘m’, Yunusa surname unknown and the third name unknown died at the spot, while Jibril Abdulkarim was rushed to the hospital for medical attention where he later died.

“There’s suspicion of internal wrangling and strife within the Association.

“Police and other security agencies are working on a promising lead for possible arrest of the suspects.

“Corpses of the victims have been deposited at the Federal Medical Centre, Yenagoa for Autopsy. All units have been alerted and efforts are ongoing to arrest the fleeing suspects,” Butswat said.