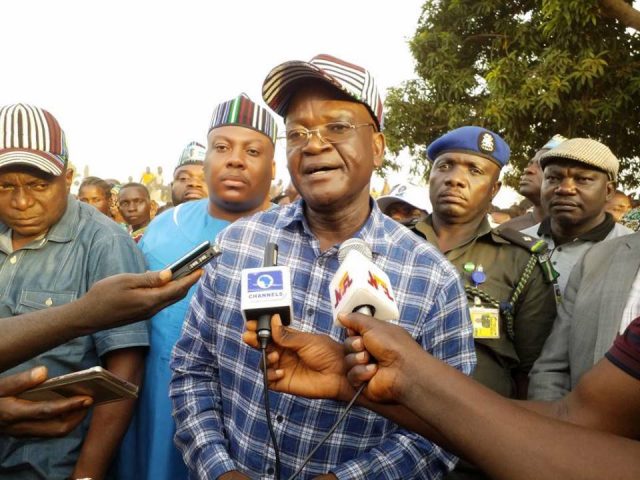 Two persons were killed and another taken captive at Wankya settlement in Zaki-Biam town of Ukum Local Government Area of Benue State by gunmen on Friday night.

Vanguard reports that the gunmen, who stormed the area at about 11.30 pm, went straight to the homes of their targets and abducted the three of them at gunpoint.

Those killed were Saater Wantu, a sibling of the Benue State correspondent of a national newspaper, and one Denen, a recharge card dealer in the settlement, while the third, Terseer Wantu, escaped unhurt from his abductors.

Narrating his ordeal with the attackers, Terseer Wantu said: “We had all gone to bed when about 11:30pm armed men forcefully broke into our houses and took the three of us away.

“We were taken through a bush path. We got to a point where they asked me to lie faced down while they took my brother and Denen away who they eventually killed.

“But after a while, at about midnight, they asked me to run. I ran but could not find my way in the bush. I hid somewhere in the bush until daybreak when I was able to find my way out of the bush.

“I have already reported the matter to the Divisional Police Office in Zaki Biam where I also made a statement about the issue.”

The corpses of the victims had been recovered by the Police from a bush path close to Tse-Manger settlement in Ukum Local Government Area and deposited at St. Anthony’s Catholic Hospital Zaki- Biam.