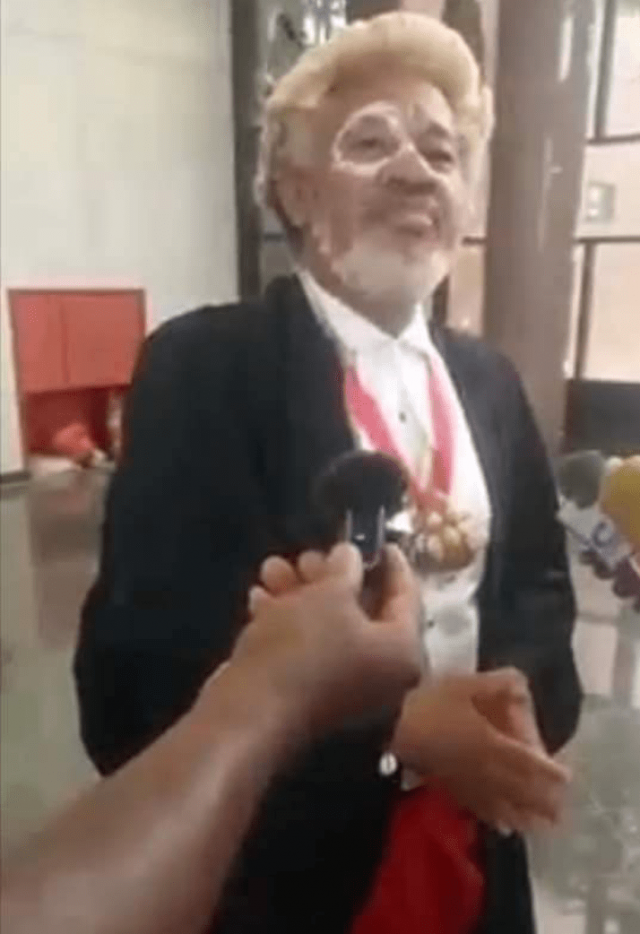 According to 9News, when the Learned Lawyer walked into the Supreme Court, the Justices who were on seat looked up in shock, looked at themselves and without a word, went on recess.

In an interview he granted few minutes later, Chief Omirhobo stated that since the Supreme Court has ruled last week that students could wear Hijab to schools in Lagos.

In his assertion, the legal guru maintained that since the Court has given every religion a right to dress the way the believers wish to dress and that he has decided to dress like a traditionalist/native doctor from now on to court since the Supreme Court has given religious freedom to all religions.

Hijab was permitted by a Nigerian Supreme Court which has ruled last week that students could wear Hijab to schools in Lagos.