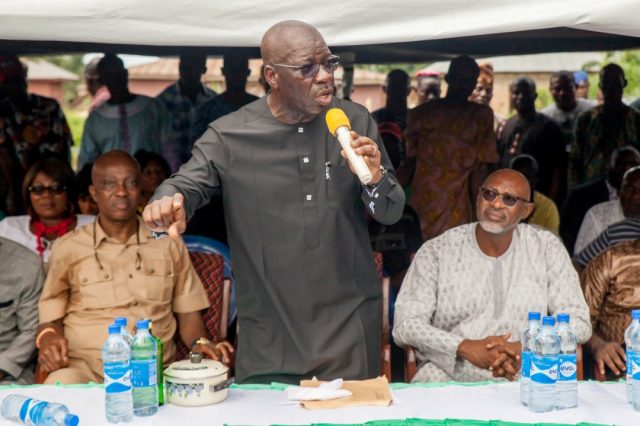 The Regional Director for West and Central Africa, International Organisation for Migration (IOM), Richard Danziger, has commended Edo Governor, Godwin Obaseki, for the proactive and strategic management of the menace of human trafficking and illegal migration.

He noted that the template developed and implemented by the state is worth emulating.

Danziger, who said this during a courtesy visit to the Governor at the Government House, Benin City, Edo State, noted “Your Administration has set the pace in the way it has continued to manage the issue of irregular migration and human trafficking.

You have set the template for others to borrow from.”

He added that the IOM will sustain its partnership with the Edo State Taskforce Against Human Trafficking and Irregular Migration as well as provide support to the state government through publicity campaigns in other parts of the world on the efforts made by the state to address the problem.

Governor Obaseki said the state Government is planning to hold an international conference for critical stakeholders to meet, assess and renew support for the campaign against human trafficking and irregular migration.

“We need more support in deploying resources to assist victims of human trafficking, as we expect more of them.”

Explaining the strategy for curbing the menace, he said the state Government’s campaign is anchored on four approaches, which include: returnees’ management, curbing or reducing irregular migration, dealing with the criminal gangs who profit from the practice and revamping the education system.