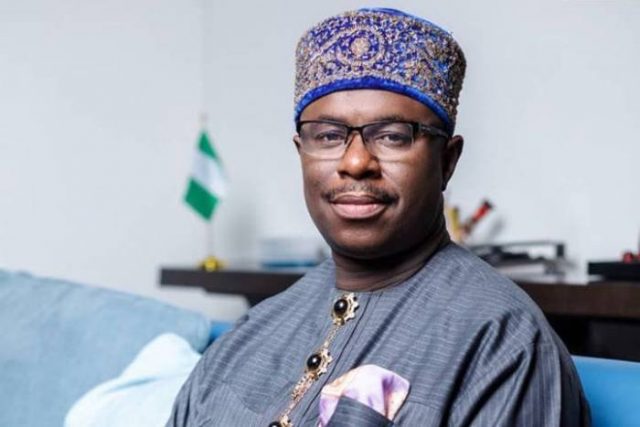 The Director -General of the Nigerian Maritime Administration and Safety Agency (NIMASA), Dakuku Peterside, has said contrary to insinuations in some quarters , he has not resigned his position to pursue any political interest.

Peterside described the speculations that he had left his position as NIMASA DG for politics as childish attempts by “ disillusioned politicians and their hatchet men to give life to lies .”

He recalled that he had repeatedly told Rivers people that he would make his decision known at the right time concerning his political interest and would follow due process when necessary .

A statement by his media team on Saturday indicated that Peterside stated that at no point did he resign from position.

“I am aware that some jittery politicians , who have jeopardised their political relevance, may have resorted to blackmail and outright lies to give their waning members hope. This is not unusual as they will become more desperate in the days ahead. ”

The NIMASA boss pointed out that the All Progressives Congress (APC) remained unshaken in its resolve to unseat Governor Nyesom Wike in the 2019 governorship election and would not be hindered by the “ shenanigans” or “fifth columnists . ”