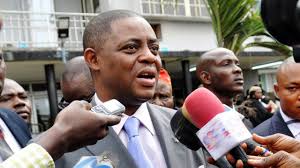 Me Femi Fani-Kayode has reacted to media report about his alleged arrest by the Economic and Financial Crimes Commission (EFCC).

Mr Fani-Kayode took to his Twitter page this morning at 6:48 am, to say that he was not arrested by EFCC but was only invited for a friendly chat.

It was earlier reported that the ex-Minister was arrested at the Lagos zonal office of the EFCC on Tuesday, for alleged forgery and manipulation of documents.

“I pity those that said I was arrested. They are filled with hate & live on fake news. Since when did an invitation & a friendly chat become an arrest? And even if I had been arrested, SO WHAT? I am not above the law & neither does joining APC give me immunity. My God is MIGHTY!”

On Tuesday evening, Fani-Kayode took to his Twitter page to inform the public that he was at the Commission’s Lagos office between 2.00 pm to 8:30 pm on Tuesday.

“Just arrived at the George Hotel for dinner. I was never arrested by the EFCC. I was invited & I flew down to Lagos to see them. I arrived at their office at 2.00pm & left at 8.30pm. I was granted bail on self recognition. They were very polite & professional. Thanks be to God,” he tweeted.