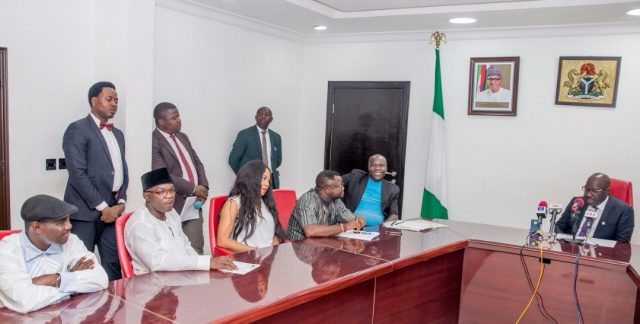 In a bid to curb illegal migration, Edo Governor, Godwin Obaseki, has vowed to deploy the state’s resources to break the human trafficking cartel on Edo youths.

The governor, who described human trafficking as the greatest security challenge facing his administration, made this known when he received a delegation of the management and members of Edo Forum of Patriots (EFP).

“Human trafficking has become a security threat in the state as over 10,000 young men and women were trafficked in a space of 12 months and more than 30 percent of them lost their lives in the process,” he lamented.

“Human trafficking is one disaster that has befallen us as a people since the European invasion of 1897. Even before the invasion, Edo people were never sold into slavery because we had a very powerful army.”

Obaseki further said the tales of the returnees were disheartening as, “one cannot but weep for their harrowing experiences, who are deceived and moved from Nigeria by a cartel and syndicate that trade these people like common commodities.”