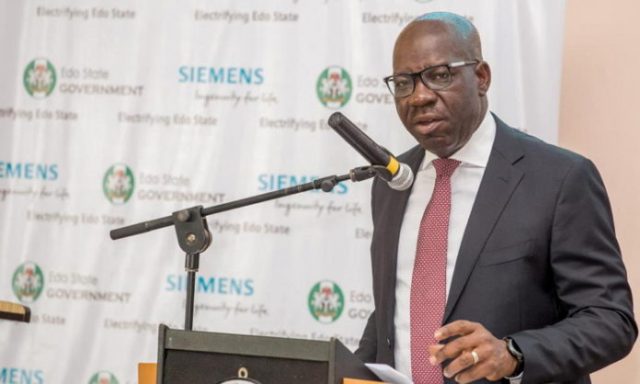 Edo Governor, Godwin Obaseki  has described the increasing rate of illegal migration in the country as a threat to national security.

Obaseki stated this when he received senior participants of Course 40, Armed Forces Command and Staff College, Jaji, at the Government House in Benin.

The governor, who blamed the lack of structures to support youths in the country as the reason for such development, said: “Statistics shows that last year alone, over 10,000 youths from Edo state alone were trafficked to Europe and, at least, 3,000 of them would have died travelling through dangerous routes to Europe. This certainly is a threat to national security. Our people are sold as slaves.”

Obaseki also attributed the development to poor basic education in the country. He added that his government is taking concrete steps to stem the negative tide.

“People that had no business in classrooms were hired to teach in primary schools. This created a generation where illiterate persons taught children while they were at critical stages of their lives,” the governor noted.

“Part of the challenges we deal with today are caused by the youth who have not been given quality education at the foundation level – that is, basic education – as this level of education prepares one to face the challenges of life.”