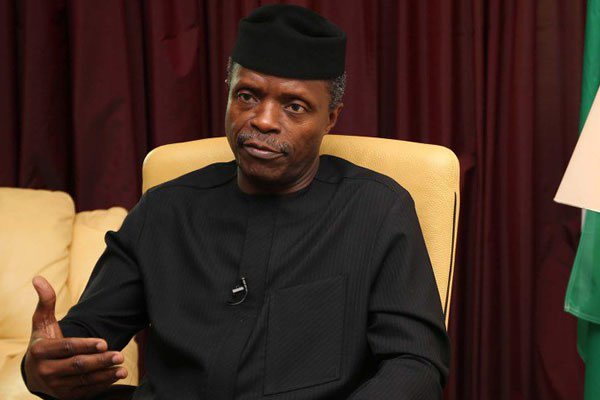 The Vice-President Yemi Osinbajo on Friday advised pastors to intensify their prayers for peace in Nigeria and maintain their dignity as they minister to their followers.

Osinbajo gave the advice in Osogbo at a meeting organised by the Greater Nigeria Pastors Conference (GNPC) with the theme “Building A Greater Nigeria”.

He reiterated the need for pastors to continue to pray for the country and never be afraid of speaking truthfully and forcefully on religious matters and issues of national importance.

‘‘As pastors, situations needs to be handled carefully with the wisdom of God especially on religious matters.

‘‘That would help to prevent religious violence and not put the country into chaos.”

The vice-president noted that Christians must stand up against unrighteous behaviours such as corruption in the country.

‘‘We must stand against unrighteousness, especially corruption which we are fighting against presently.

‘‘Corruption is a major problem and the present administration is putting every mechanism in place to put a stop to such practices.

‘‘We are working very hard to ensure that such unrighteousness is stopped,” he said.

Earlier, the Convener, Wale Adefarasin, thanked Muhammadu Buhari, the President of Nigeria for the good job the present administration was doing in the nation’s socio-economic affairs.

Adefarasin, however, urged members of the clergy to continue to pray to God to give leaders the needed wisdom to govern the country.