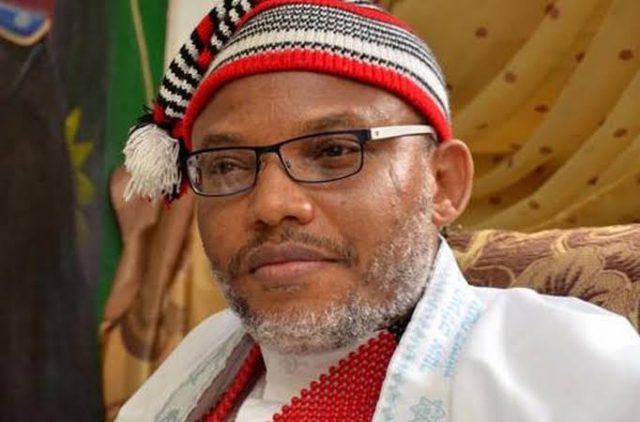 Founder and Leader of the proscribed Indigenous People of Biafra, IPOB, Mazi Nnamdi Kanu has claimed that the people of Nigeria  the power to sack any government.

According to him, citizens are employers who can decide to fire their employees (government) when they are found wanting.

He made the remark via his official Twitter page on Thursday. He said that it is time to “payback”.

It will be recalled hat the IPOB members have several times been accused of launching an attack on Nigerian security agencies in the South East, especially Imo StateI

It will also be recalled that ex-Inspector-Generalof Police, IGP, Muhammed Adamu, on Tuesday, ordered police officers to crush members of IPOB following  the recent attack on Imo State Police Headquarters and the correctional centre in Owerri.

In his tweet, Nnamdi Kanu alleged that the government had killed its citizens enough, hence, a need for revenge.

The tweet reads: “No government can defeat her citizens. The citizens are their employers. You can never be stronger than your employer. He/She has the right to sack you.

“#Nigeria Govt with British Neo-Colonialists have killed us enough. Time for citizens to pay them back in their coin. #UGM”.