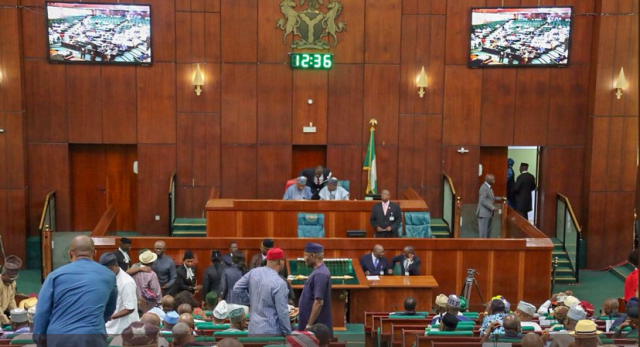 A member of the House of Representatives, Razaq Atunwa, has said that it is partially untrue that the National Assembly is threatening Muhammadu Buhari, the President of Nigeria.

Atunwa, who is the House Committee Chairman on Judiciary, gave the opinion on Wednesday during his appearance on Channels Television’s breakfast programme, Sunrise Daily.

The Advocate reports that Senate and the House of Representatives held an Emergency Joint Session on Tuesday over pressing issues affecting the country, including insecurity and the economy.

The National Assembly consequently revealed the resolutions of the session and vowed to evoke its constitutional powers if nothing is done to address issues raised.

The lawmakers had warned President Buhari against the “systematic harassment and humiliation by the Executive of perceived political opponents”.

They also referred to the failure of the Inspector-General of Police (IGP), Ibrahim Idris, to appear before the Senate on three occasions and accused him of “outright disregard for constitutional authority, both executive and legislative”.

The National Assembly said the President must be held accountable for the actions of his appointees and must be ready to sanction those engaging in acts that can endanger democracy.

Clarifying the position of the lawmakers, Atunwa insisted, “It’s somewhat inaccurate and disingenuous to say that we threatened the President or threatened anyone indeed.”

“What we said was that having read those resolutions, it’s important that the President takes heed of them and acts upon them,” he added.

The lawmaker, however, disclosed that the National Assembly would not hesitate to carry out its constitutionally empowered responsibility to ensure that democracy is deepened should the President fails to act upon them.

He maintained that the Legislature would continue to ensure that there is security of lives and property in the country while the citizenry is protected from fear or intimidation.

Atunwa said contrary to claims of bias, the lawmakers made the resolutions purely in the interest of the country and its people.