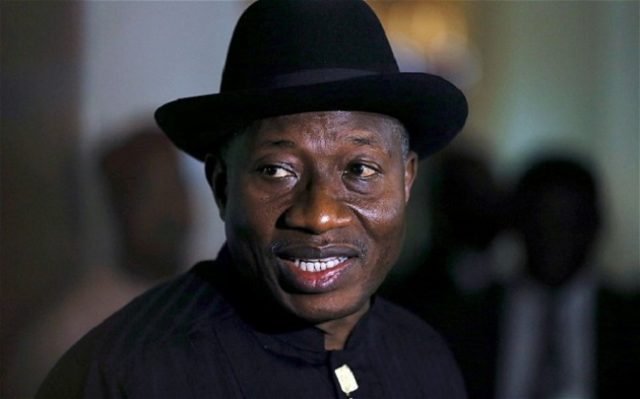 Former President Goodluck Jonathan has failed to appear before Justice Okon Abang, as the court begins sitting in the case of money laundering between the Federal Government and a former National Publicity Secretary of the Peoples Democratic Party (PDP), Olisa Metuh.

Meanwhile, the court presided over by Justice Abang struck out the application filed by Colonel Sambo Dasuki, seeking to set aside the order of the court compelling him to appear before it as a defence witness.

Justice Abang in his ruling struck out the application on the ground that Colonel Dasuki is not a party in the case before him and as such the court lacks jurisdiction to entertain the application.

The Court adds that entertaining the application will amount to an invitation to judicial anarchy.

Yet to be served

It was gathered  that the Registrar of the Court informed the court that the bailiff is yet to serve the former President with the order of the court.

The former President was ordered to appear as a defence witness in the suit filed by the Federal Government against Metuh.