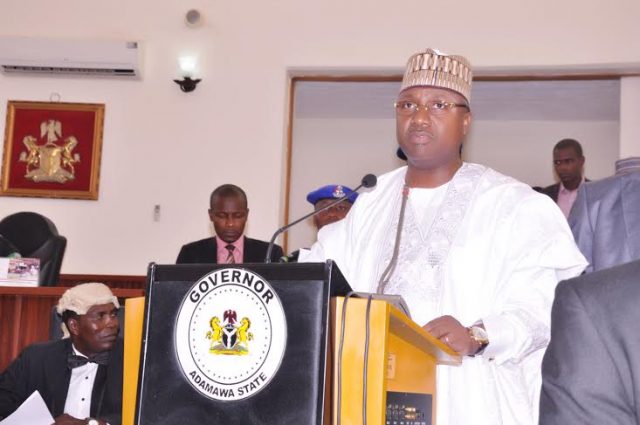 Adamawa Governor, Mohammed Bindow has said that the declaration of June 12 as Democracy Day by Muhammadu Buhari, the President of Nigeria marked the celebration of national unity.

Bindow made remarks on Thursday while reacting to the declaration of June 12 as the nation’s democracy day.

The Governor, who spoke to NAN through Martins Dickson, his Special Assistant on Press and Media Affairs, commended Buhari for deeming it fit to symbolise the day as the democracy day.

He said that the decision by the President after wide consultation was in the right direction.

According to him, the declaration is long overdue.

”This declaration is worth it and long overdue; I will commend our president for taking such a good decision.

”There have been a lot of agitations as to which day should be declared as democracy day, but Mr President in his wisdom, chose June 12.

“This day symbolises the freest and most acceptable election in the history of our nation and that further symbolises our national unification.

” As a lover of democracy who wants the tenets and democratic principles to be enshrined in our culture, I support the declaration,” Bindow said.