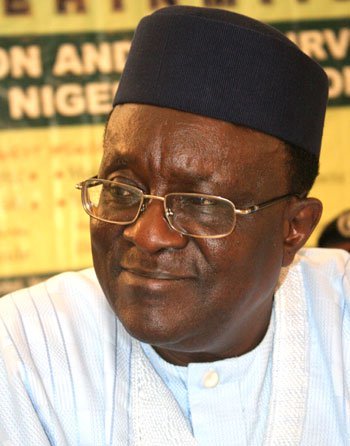 The family of late human rights activist, Gani Fawehinmi on Thursday thanked the Federal Government for its decision to give its patriarch a national award.

The first son of the late lawyer, Mohammed Fawehinmi expressed the family’s gratitude in an interview with NAN in Lagos.

Muhammadu Buhari, the President of Nigeria, in a statement he personally signed on Wednesday announced government’s decision to give Fawehinmi a posthumous national award of GCON.

He also declared June 12 as the new Democracy Day,while announcing a GCFR award to Moshood Abiola, the winner of the June 12, 1993 election.

Mohammed said the family accepted the honour bestowed on his late father and thanked Buhari for the recognition.

“We thank the Federal Government for the honour, we appreciate it and we accept it.

“We also thank the Government for recognising the June 12 struggle.We thank the President for the honour”,he said.

Fawehinmi added that his late father deserved the honour having fought hard for justice and democracy while he was alive.

He dismissed the belief in some quarters that his father would have rejected the award if he was alive.

Fawehinmi said his father rejected the OFR award once given to him because it was not deserving.