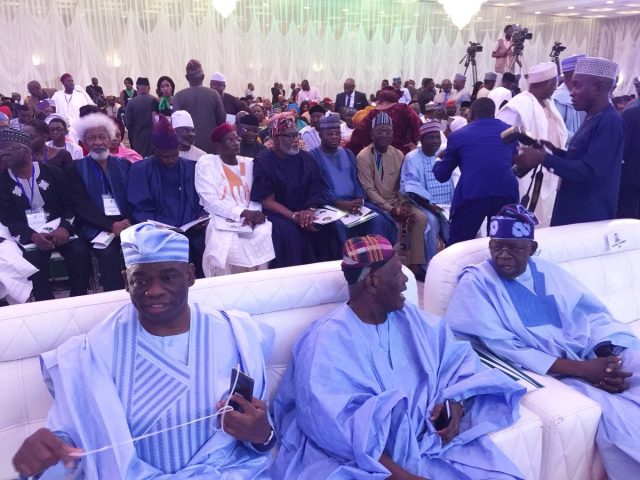 Nobel laureate, Wole Soyinka, has advised Muhammadu Buhari, the President of Nigeria to stop admiring and displaying loyalty to an unnamed individual whom he referred to late MKO Abiola’s “Tormentor-in-Chief.”

Some are of the opinion that he had referred to the late Head of State, Sani Abacha, who clamped the business mogul to jail for about five years. Abiola died in prison.

Although Soyinka did not mention Abacha’s name specifically, the Nobel laureate said it was confusing for Buhari to honour Moshood Abiola on the one hand, and be admiring the late politician’s “Tormentor-in-Chief” on the other.

He wondered why President Buhari will continue to display loyalty to a man he described as “one of the worst dictators in the history of the country” and who should be having his days in court for crime against humanity.

Soyinka said that in a private meeting with Buhari, he had also raised concerns over how the President could be saying his Administration was fighting corruption, whereas a major road in the Federal Capital Territory is named after a “corrupt former leader.”

He said he was not satisfied with the response he got from Buhari.

He called on the President to consider establishing a Hall of Shame for those who have wronged the country, just as he puts up Hall of Fame for the nation’s heroes.