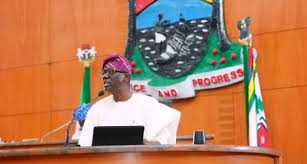 Babajide Sanwo-Olu of Lagos has presented a budget estimate of N1.388 trillion for the 2022 fiscal year.

The 2022 ‘Budget of Consolidation’ was presented at the House of Assembly Chambers.