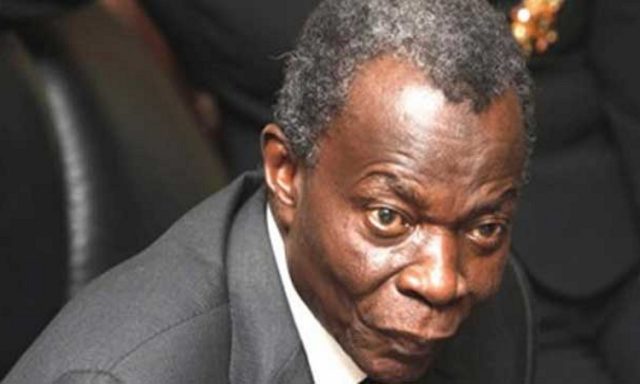 Former President of the Appeals Court, Justice Ayo Salami has open the lid on why he rejected his appointment as the Chairman of the Corruption and Financial Crime Cases Trial Monitoring Committee (COTRIMCO) set up by the National Judicial Council (NJC).

The Advocate had reported that Salami rejected the appointment because of some persons included as members of the committee.

But Salami confirmed to The Punch in an interview that he rejected the appointment because it was not in his interest.

Insisting that contrary to the statement issued by the Office of the Chief Justice of Nigeria on Thursday that it had yet to be formally notified of Salami’s decision to reject the appointment, Salami said that he had sent a formal letter to the appropriate authorities to that effect.

Making a veiled reference to the former President Goodluck Jonathan administration’s refusal to reinstate him as the President of the Court of Appeal despite NJC’s recommendation that he should be returned to office, Salami said that the NJC and the courts abandoned him during his trying time.