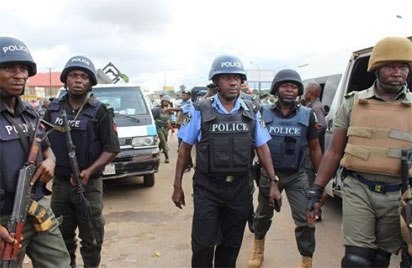 The Kaduna State Police Command on Friday said it had arrested no fewer than 62 criminal suspects in two weeks.

The State’s Commissioner of Police (CP), Mr Ali Janga made the disclosure at a news briefing at the command Headquarters, Kaduna.

He said that the operation was launched by the Inspector General of Police, I-G Mohammed A Abubakar .

“And the subsequent ongoing Confidence Building Campaign the Command vigorously carried out across the State, particularly along our respective Expressways.

” I invited you here to update you on the Command’s recent successes in combating crime and criminality in Kaduna state within the last two weeks.

He disclosed that the command has recorded some successes within the past two weeks with the arrest of 62 suspects on different crimes and belonging to different suspected criminal gangs that terrorize citizens of the State.

He identified the nature of the crimes to include: criminal conspiracy, armed robbery, car snatching and Illegal possession of live ammunition, and rape.

He added that other crimes include: possession of dangerous weapons, impersonation, forgery, obtaining by false pretense, drugs peddling, having possession of dried leaves suspected to be Indian Hemp; and for house trespass.

The CP also said the command had made recoveries of several exhibits.

According to Janja, the suspects are aiding investigation and will be prosecuted on completion of investigations accordingly.

“On this note, I want to sincerely appreciate the relentless effort of our officers and men in line of duty.

“I also appreciate the good people of Kaduna State for their continued support to our fight against crime and criminality.” he said

He reassure the citizens of the command’s total commitment to checkmate criminal syndicates and all forms of crimes and criminalities in the State.