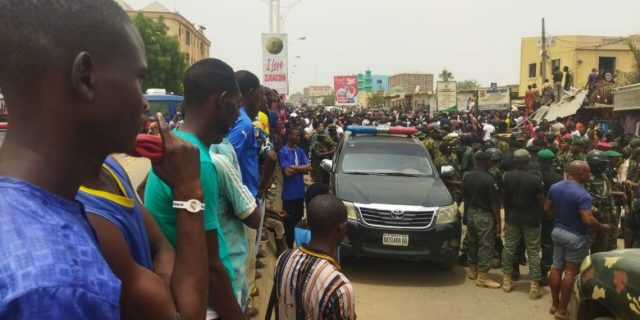 The deadly explosion that rocked Kano yesterday has claimed nine lives so far.

Speaking on the development, State Commissioner for Information, Mohammed Garba, confirmed that the blast occurred at an animal feed store opposite the primary school, dismissing insinuations that it was a bomb.

He said an investigation into the explosion had commenced to ascertain its cause, creating further confusion as to the cause of the blast.

He called on people in the state, particularly those living in the area where the incident occurred, to remain calm while the government worked with relevant agencies on the matter.

The commissioner cautioned the public against spreading unsubstantiated news and gave the assurance that the government would keep the public updated on any development on the matter.

In a statement signed by the Director Media and Publicity, Atiku Care Foundation, ACF, Okpani Jacob Onjewu Dickson, the Director General of ACF, Ambassador Aliyu Bin Abbas, said Atiku, who is a presidential aspirant on the platform of Peoples Democratic Party, PDP, was deeply saddened over the explosion.

“Alhaji Atiku Abubakar was saddened by the development and has tasked relevant agencies to investigate the remote and Immediate causes to forestall future occurrence.

“He commiserates with the Government and people of Kano State, families that were affected and wished the injured speedy recovery.

“He has also tasked me to direct the Kano State Chapter of Atiku Care Foundation to furnish my office details of those affected, to see those that might really need assistance,” Ambassador Abbas said.