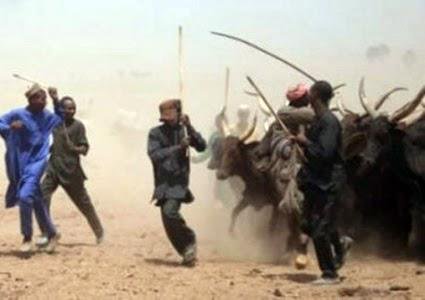 Members of Bwatiye community in Lamurde Local Government Area of Adamawa have called on the Federal Government to ensure the security of lives and property in the area.

In a peaceful protest to the House of Representatives on Thursday, the people urged the government to put an end to the incessant killings and attacks in the community by suspected herdsmen.

Their spokesman, Garba Yedimakudon, said that at the last count, the community had lost no fewer than 600 people and 21 villages completely razed down in recent attacks.

He said that the youths no longer slept in the comfort of their homes but in the bushes and tree tops at the risk of snake bites and attacks by other dangerous animals.

Yedimakudon, who is a former chairman of the local government area, said that people no longer slept with their eyes closed in the area.

According to him, everyday there are rumours of possible attacks and they turn out to be true.

“We are asking the Federal Government to be alive to its primary responsibility of protecting lives and property of citizens.

“We are not asking for too much, we ask the House of Representatives to liaise with the Executive to rebuild all the destroyed villages and the displaced people, rehabilitated.

“We are in dire need of relief materials, though we are not used to Internally Displaced Persons (IDP) camps,” he said.

Yedimakudon said that the attacks started in 2010 but that it had been consistent since 2016.

The former chairman demanded an immediate stop to the killings as the locals did not have arms for defence.

He said that security agents usually arrived after the attacks had taken place.

“We stand by all T.Y Danjuma has said and we believe that there is a collusion and complicity of security agents in the killings.

“We do not believe the outcome of the investigative panel set up by the Nigerian Army which exonerated security agencies,’’ he said.

Yedimakudon observed that the panel was constituted by the Army, thus making it “a judge in its own case’’.

“If the Federal Government wants to know the truth, let them set up an independent panel of inquiry to look into those allegations.

“Amnesty International has spoken and they made their evidence public which is not different from the allegations,” he added.

Addressing the protesters on behalf of the House, a member, Talatu Yohanna, promised that the lawmakers would look into the matter.