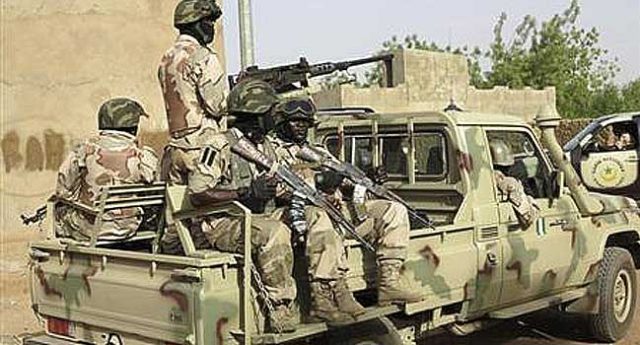 The Nigerian Army has described the recently released report by Amnesty International (AI) as false and fictitious.

John Agim, the acting director of information at Nigeria’s defence headquarters said the Nigerian military received credible intelligence report of a plan by Amnesty International (AI) to “release a false report on fictitious rape incidents in IDP camps in the North-east region of Nigeria. This malicious trend by AI is becoming a frequent ritual and it is rather unfortunate.”

“In times like this, Amnesty International is expected to apply the natural law of liaison by working with Security Agencies as partners. This would have been the best way to ensure that insurgency and crisis is completely wiped off rather than engaging in falsehood, maligning the military and painting her in bad light at any slight opportunity.

“The Nigerian Military wishes to use this medium to reiterate her commitment to the citizens of our dear nation, that it will abide by all Human Rights Regulations as entered into by Nigeria and also go the extra mile in ensuring that the territorial integrity of our nation is well protected.”

Agim through the statement admonished AI to desist from cooking reports from time to time to demoralize the entire military system and the nation as a whole whose troops are sacrificing their lives in the fight against Boko Haram and other enemies of the country, saying “these false reports which are capable of derailing the good work being done by our patriotic and selfless soldiers must stop.

“Kindly note that we are not in any way implying that AI should not do their job, but such must be done with a level of integrity and credibility by seeking clarification when the need arises. This way a lot will be achieved as both will form partners in the fight against extremism and other vices.

“The Defence Headquarters, therefore, urge all law abiding citizens to continue to trust and support the military in the ongoing war against Boko Haram and go about their normal lawful business.”