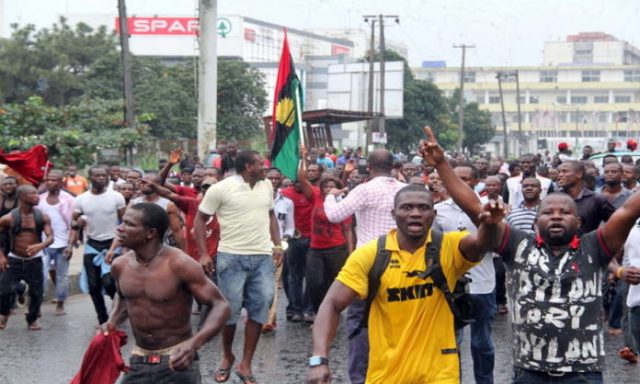 Presidential aspirants have been told to forget about governing Nigeria because she might cease to exist before 2019 general elections.

This advice was given, on Monday, by the leader of the Movement for the Actualisation of Sovereign State of Biafra (MASSOB), Uchenna Madu.

In a statement made available in Awka, Anambra state, the pro-secessionist said the the Nigerian nation would disintegrate and from it will rise three nations before 2019.

According to him, this would be made possible by the synergy that would come from the co-operation of pro-Biafra groups and their constant and undying demand for a referendum to “determine our stake in the Biafran project”.