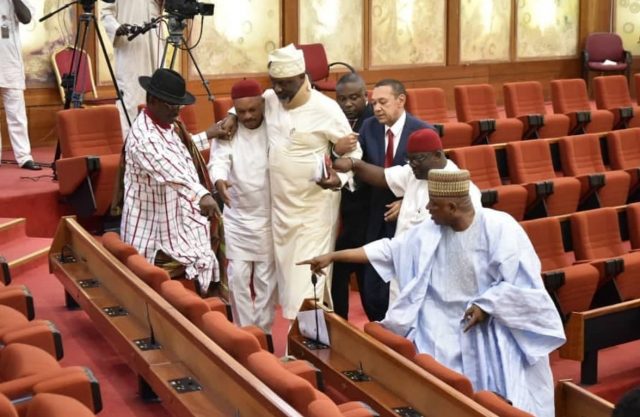 The lawmaker representing Kogi West Senatorial District, Dino Melaye, has revealed that he will be suing the Nigeria Police Force at International Criminal Court of Justice.

Melaye, who is being accused of gun running and attempted suicide when he jumped off the window of a moving vehicle the Force is using to take him to Lokoja, Kofi state capital to defend himself been granted bail on health ground.

The embattled Senator took to his Twitter handle saying : “Filing my case at the International Criminal Court of Justice in few days. Justice shall reign and must reign across the land,from the savannah to the hinterland,from the desert to the dark forests across the Niger. Let the bell of Justice reign EVERYWHERE. SDM.”