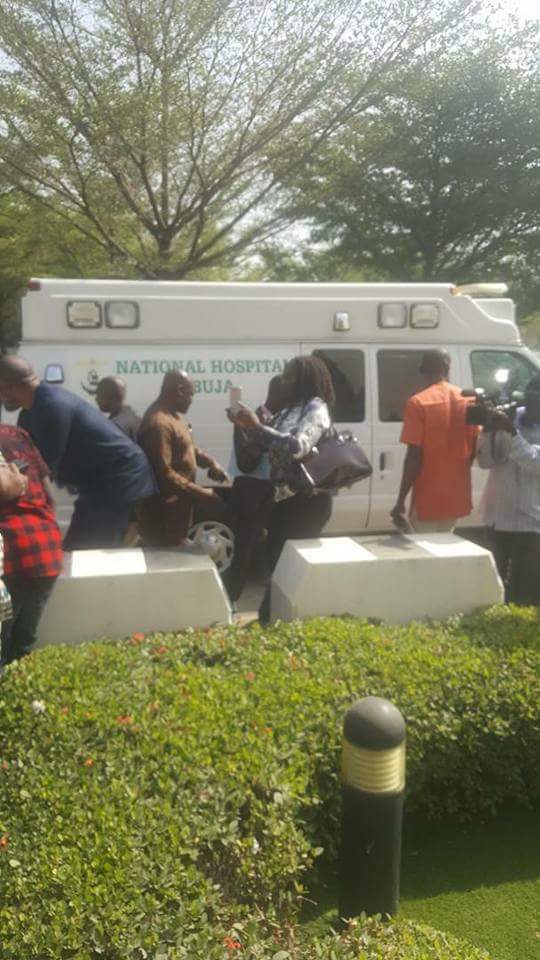 Justice Okon Abang of the Federal High Court in Abuja on Tuesday said that former National Publicity Secretary to the Peoples Democratic Party (PDP), Olisa Metuh, deliberately fell down as the court’s proceedings were about to start on Monday.

Justice Abang said this while correcting an impression created in the submissions of a defence lawyer in the case, Tochukwu Onwugbufor who was urging the court to adjourn the matter due to Metuh’s absence on Tuesday.

The judge also reiterated that “the first defendant fell down on his own” when the prosecuting counsel, Sylvanus Tahir, made a submission similar to Onwugbufor’s.
Metuh, following his collapse in court on Monday, is absent from the ongoing proceedings of Tuesday.

The ex-spokesperson for the PDP, who with his company, Destra Investment Limited, is being prosecuted by the Economic and Financial Crimes Commission (EFCC) for the N400m he allegedly received fraudulently from the Office of the National Security Adviser in 2014, fell after taking some steps towards the dock on Monday.

His lawyer, Emeka Etiaba, who surprisingly re-appeared in the case barely 24 hours after announcing his withdrawal from the case, urged the court to grant a short adjournment in the event of Metuh’s absence from court on Tuesday.

Onwugbufor, who represents Destra Investment Limited in the case, had supported Etiaba’s application, especially on the grounds that it was the court’s doctor that recommended that Metuh be taken to the hospital on Monday.

Interrupting Onwugbufor’s submission, the judge said he did not direct any doctor to see Metuh after he fell on Monday.

The judge said Metuh fell on his own because he decided to defy the court’s directive that he should remain where he was seated.

“The court directed him to sit down where he was but he decided to fall down on his own.”

The judge also interrupted the prosecuting counsel to make the same clarification when the prosecution was opposing the request for adjournment by the defence.

The prosecuting counsel, Tahir, asked the judge to go on with the case in Metuh’s absence.