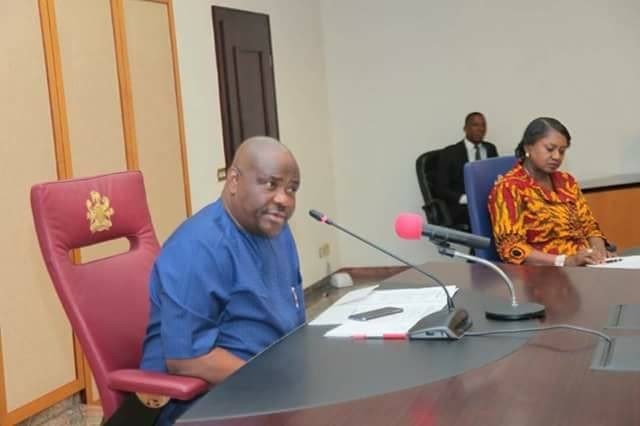 The Governor of River State, Nyesom Wike, has told the Federal Government to allow states design their own minimum wages for workers.

According to him, the current revenue sharing formula between the Federal Government and the states had already created an unfair balance.

The governor made this known when the Rivers state leadership of the Nigerian Union of Teachers paid him a visit at the Government House, in Port Harcourt, on Wednesday, to endorse him for a second term in office.

Speaking on behalf of the Rivers’ Teachers, Chairman of the Rivers State chapter of the Nigerian Union of Teachers (NUT), Nkpogone Dumnaatah Lucky, said that, come 2019, the teachers would massively vote governor Wike.

He commended the Rivers State Governor for his regular payment of teachers’ salaries and placement of the welfare of teachers on his priority list. The Rivers NUT Chairman, however, urged the governor to ensure the payment of some teachers omitted from the salary spreadsheet for February/March 2016.