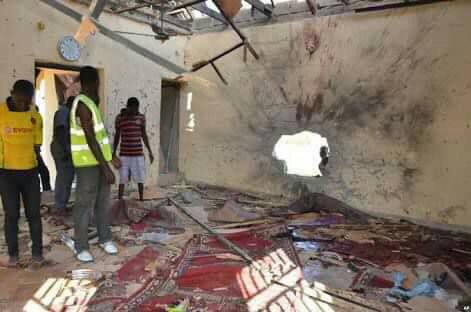 The Co-Convener of an advocacy group, Bring Back Our Girls (BBOG), Aisha Yesufu has slammed the federal government for insisting that Boko Haram sect has been defeated.

The Advocate.ng reports that a suicide attack by a teenage boy at a Mosque on Tuesday claimed the lives of at least 50 persons in Mubi, Adamawa state.

According to the Adamawa State Police Command, the attack occurred around 5:20am local time, at Kunu Araha, a suburb in Mubi North.

In a post on her Twitter handle, Yesufu said the government has not won the war and must act immediately to ensure security of Nigerians.

“What a tragedy! What sadness!

“May the soul of those that died in the Mubi suicide bombings rest in peace. May the injured be healed.

“The government must do more to protect citizens. Enough of we have won the war propaganda. CITIZENS are dying.

“The Nigerian life must matter for the Nigerian government to protect lives and properties,” she tweeted.