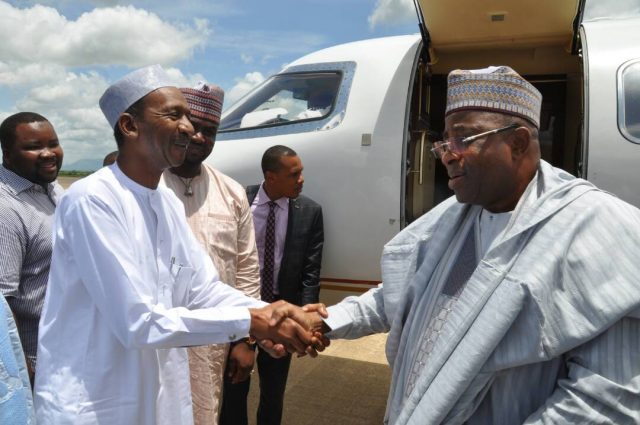 Bauchi Governor, Mohammed Abubakar has explained reasons why his deputy, Nuhu Gidado and other persons in his administration resigned in recent time.

Speaking to State House correspondents after observing the Jumaat prayers at the Presidential Villa, Governor Abubakar said they could not cope with the pace of his administration.

When asked if his deputy resigned because he couldn’t go at his pace and are we expecting more resignation, the governor replied “I don’t know.”

On reports credited to the spokesman to the deputy governor that he resigned because he was not being treated as part of the government, the governor dismissed the allegations as baseless.

“Moreover, I have him the most important Ministry, Ministry of Education where I have been allocating the largest share of the budget of Bauchi state since 2008. That should answer your question.

Speaking further, he said “What transpired is in the letter of the deputy and I think people should read that letter. Read the entire letter and you will see that there was nothing bad that transpired between.

“His final paragraph is that he remains loyal to his leader and his brother. In my response I eulogized him and wished him the best in his future endeavour and assured him of the support of the good people of Bauchi State. There was no problem whatsoever. The word resignation connotes a will on the part of the person who has offered, he offered his letter willingly and there is no way you can force him to accept an employment when the time has come for him to look else where.”