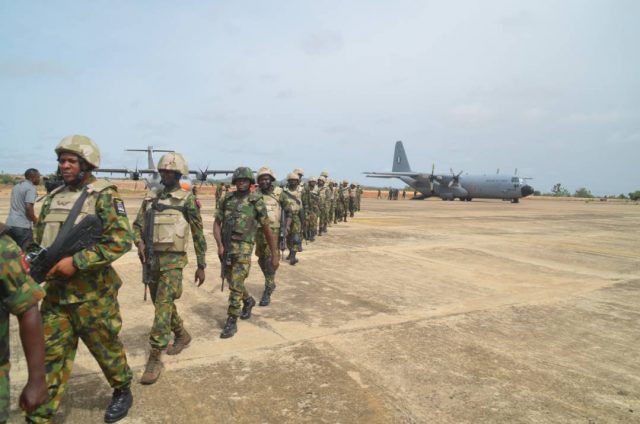 The Nigerian Air Force (NAF) has trained young officers to boost their operational efficiency and equip them with the relevant laws and regulations.

Speaking during the graduation ceremony of Young Officers Course 11, held at the Military Training Centre in Kaduna state, the Air Secretary, Mohammed Abdulwahab, an Air Vice Marshal, stated that the emerging contemporary security challenges confronting the nation such as terrorism, militancy and other related crimes, makes it imperative to improve the skills and knowledge of officers and men of the Nigerian military through robust capacity training both at home and abroad.

Militaries around the world conduct Young Officers Course to improve the knowledge of junior officers and enhance their productivity and prudent management of resources and manpower entrusted under their care.

At the Military Training Centre of the Nigerian Airforce in Kaduna state, a total of twenty-six young officers drawn from the various units and formations across the country have undergone training on the concept of base defence and also how they can manage resources and personnel so as to have an effective delivery of air power.

The aim of the course, according to the Commandant of Military Training Centre, is to equip the junior officers with tactics and techniques of countering terrorism that has become a threat to the nation’s security, general service knowledge, staff duties and their increasing role in internal security operations.

During the graduation ceremony, some of the officers who distinguished themselves during the training were honoured with awards

The policing role of the Nigerian Airforce is aimed at ensuring that the nation’s air and land space are conducive for economic activities, cannot be overemphasised.