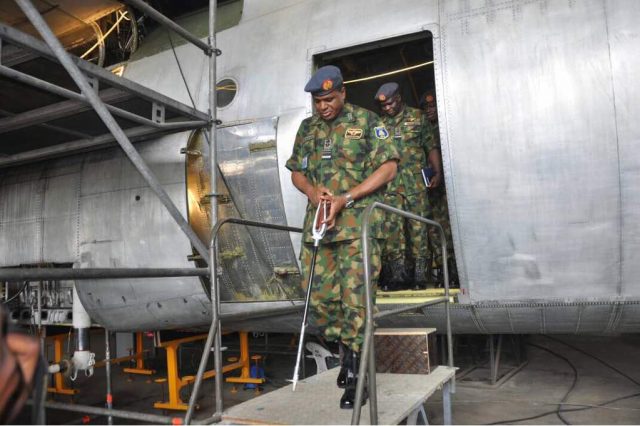 The Nigerian Air Force (NAF) on Thursday disclosed that it has recruited 7,000 personnel in three years and vowed to flush out regrouping militants in Lagos and the country as a whole.

The Chief of Air Staff, Sadique Abubakar, said this while speaking with journalists at the inauguration of some buildings for its personnel at 041 Communications Depot, Shasha in Lagos.

According to him, the Air Force will continue to flush them out just like we have been doing.

“We have been in Lagos, Taraba and other states in the country. Very soon, something is going to be worked out which will involve not only the Air Force but all military formations.

“Our commanders are giving us all the inputs. Just like we flushed them before, we are going to continue to flush them with the support of other security agencies.”

The CAS said the force had recruited 7,000 personnel in the last three years, adding that new helicopters and aircraft were also acquired.

“The whole essence is to ensure that Nigeria and Nigerians are secure and be able to go about their business without fear.”