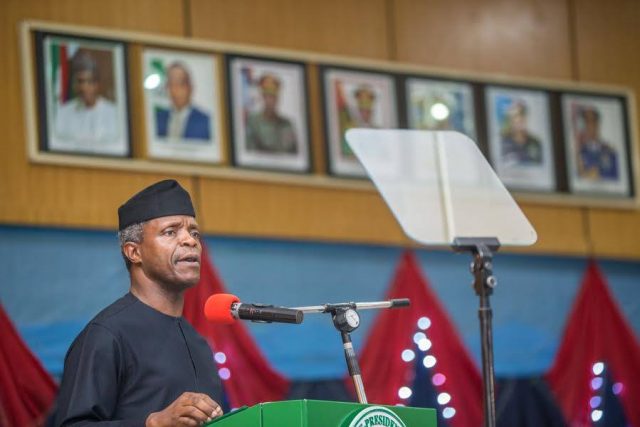 The Vice President, Yemi Osinbajo, says the country got into recession because of the inability of previous administrators to save for the future.

Osinbajo also said it is the obligation of government to ensure that the future of Nigerian citizens is secure and prosperous.

He said this on Monday while

“By 2050, we would have the fourth largest population in the entire world, over 60 per cent of that population would be young men and women who would need education, jobs and a future for their families.

“There is no society yet on earth that has had that size of population and did not have the technology, the educational facilities and other infrastructure to sustain it.

“The cost of being the first such nation will be too grave to bear. The obligation that history and providence has thrust upon us today is to honestly do all we can to ensure that the future of our people is secure and prosperous.

“We must not walk this path of recession again.”

According to him, the way to get out of recession is by taking concrete decisions to stem the tide of poor growth.

Osinbajo also noted that no developing economy could stand prolonged Legislative and Executive feud during key economic decisions and urged quick passage of the Appropriation Bills.

Osinbajo expressed gladness that the country had exited recession, noting that it would not pass that path again.