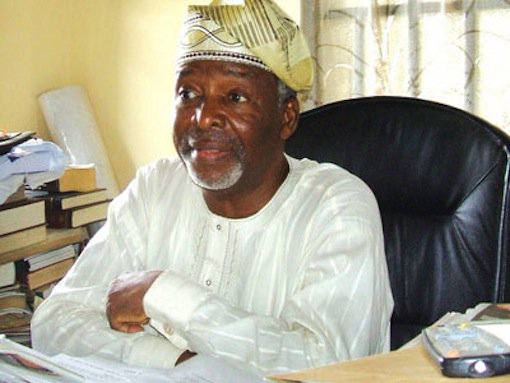 President and founder of the Oodua Peoples Congress (OPC), Frederick Fasehun has said Nigeria is under siege, crying for a rescue.

Addressing a press conference in Lagos, Fasehun said the country is militarised and there is lack of adequate security in all parts of the nation, noting that there are breaches and violation of citizens’ fundamental rights on daily basis.

Reviewing the state of the nation and democracy in the last 19 years, the OPC leader said there is little to cheer.
He called on President Muhammadu Buhari to “lead all arms of the Executive in the protection and continued sustenance of Nigeria’s democracy, in collaboration with the Legislature, the Judiciary, the Media and Civil Society.”

“Today, Nigerians appear to be under siege. From the North to the South, from the East to the West, all parts of the country are militarized and turned into a virtual Police state.

“The Federal Special Anti-Robbery Squad (F-SARS) has lost focus. Instead of implementing its primary objective of curtailing armed robbery in the country, it has turned itself into an army of occupation, harassing and pilfering money from innocent citizens.

“What we see now is that Police arrest and intimidate people into confessing to crimes they know nothing about without respecting their right to legal counsel and representation. This must stop,” he said.