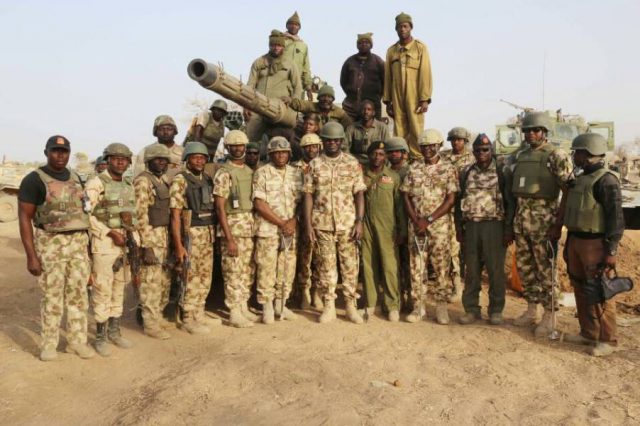 Boko Haram’s leader, Abubakar Shekau is the only Nigerian dead or alive, that has died many times over going by statements and press releases from the Nigerian Military.

When the  Boko Haram  trajectory began in 2009, it was like a child’s play that would die as soon as it reared its ugly head. Nine years down the line, it has taken a worse dimension with all paraphernalia of war attracting foreign interest and funding alongside  fighters who in many cases are not of Nigerian descent.

The battle which cost the Goodluck Jonathan Administration more meat than it could chew and eventually resulted in one of the reasons giving for the defeat  at the 2015 general elections in the hands of the Muhammadu Buhari-led All Progressives Congress, had remained the biggest problem confronting Nigeria as a nation. 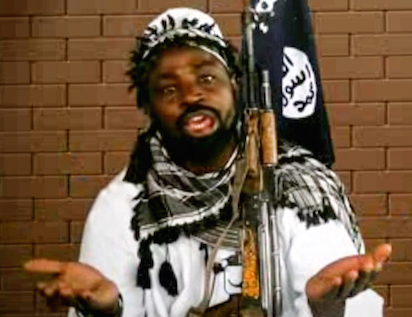 Towards the period leading to the 2015 general elections, the issue of a deteriorating security became a focal point of debate and lined up campaigns of both of the nation’s leading political parties-the APC and PDP.

While the PDP claimed at the time that it had all the magic to wipe out the dreaded Boko Haram insurgents so as to create a peaceful environment for the success of the election, the APC was using it as campaign strategy to underline what it called the failure of the Jonathan Administration to squarely deal with the insecurity that has become the order of the day.

Following the development, the APC  made fundamental promise to return Nigeria to total peace before a bewildered nation gripped by the fear of Boko Haram whose activities especially in the North East, have left many dead and rendered several others injured and homeless. Not a few communities in the region, were under the control of the Boko Haram sect which hoisted its flag as a symbol of governance in the ‘captured territory’.

True to its promise, the APC government under Buhari took the gauntlet to the camp of the enemies and brought some semblance of peace to the country especially in the most affected areas of the North East. It gave the regime a false sense of eldorado forcing it to confidently announced that Boko Haram, has been technically defeated. The dreaded sect would want none of this as it redesigned its mode of operations and attacks by hitting soft targets.

While it quietly engages the Nigerian government in negotiations to release its detained members for those in its captivity among them the popular Chibok school girls, the Boko Haram wired hijab wearing girls to commit suicide bombings on targets which include places of religious activities, markets ant others frequented by masses of the people.

Even though the Nigerian government through its Spokesman  and Information Minister, Lai Mohammed, has consistently maintained that the sect has been taken care of by adjectives such as: technically defeated and decimated, the truth of the matter is that the group has continued to wax stronger. This has  left Nigerians to conclude that not all has been told by the government concerning the true position on the fight against Boko Haram.

While it may not be fully correct to say that the Buhari Administration has done little to halt the Boko Haram attacks, the worry, is that lies have continued to feature in government and Military’s statements regarding development on the war front.

Not too long ago, a group of NNPC staff and some lecturers of the University of Maiduguri were abducted on the site of an oil exploration in the Lake Chad Basin by the dreaded group.

A video obtained by SaharaReporters where three of the abducted NNPC staff were seen begging the authorities to negotiate with Boko Haram for their freedom, had according to the insurgents exposed the ‘many lies of the Nigerian Military’.

Nigerian Army Spokesperson, Sani Usman, had in a statement at the time, announced the rescue of all the NNPC staff, saying only nine soldiers paid the supreme sacrifice in the process.

Confusion was to later set in as the Minister of State for Petroleum, Ibe Kachikwu, put a lie to the Army statement when he said he cannot confirm if the 10 abducted NNPC staff had been rescued.

The Minister, who spoke to journalists, said: “We only heard, but can’t confirm if anyone has been rescued.

To further compound the position of the Army statement, forty-eight corpses of persons killed by the terrorists during the ambush were brought to the Maiduguri Teaching Hospital in the Borno State capital same period.

Hospital sources at the Maimalari Army Barracks in Borno revealed that the corpses were brought into Maiduguri from the scene of the attack.

In the photo and video obtained by SaharaReporters through a journalist with access to the two factions of Boko Haram, the abducted lecturers were seen looking terrified and seated barefoot in some unidentified indoor facility.

However, their decision to release the photo of those they abducted may suggest a desire to seek a negotiated settlement to free the captives and discredit the Nigerian Army.

The University of Maiduguri lecturers were recently released alongside ten women abducted at different times and locations by Boko Haram.

Usman, the Director of Army Public Relations, had in a face-saving measure, said the earlier information on the incident about the rescue was regrettable and that it was not deliberate.

The statement reads: “The incident of 25th July 2017 where some Boko Haram terrorists ambushed our troops including members of the Civilian Joint Task Force (CJTF) escorting some staff of Nigerian National Petroleum Corporation (NNPC) as well as that of University of Maiduguri (UNIMAID) on oil exploration in Borno Yesu District of Magumeri Local Government Area of Borno State is unfortunate and highly regrettable.

“Most regrettable also is my earlier release on the said incident about the rescue of all NNPC staff. The error in the statement was not deliberate. The Nigerian Army in this present dispensation is reputed for timely dissemination of information on activities of our troops in all theatre of operations. We have strived to keep the public informed on our activities with no intention of distorting any fact.”

Just this past week gone, the Army again issued a statement that Shekau now dubbed the cat with many lives, was seen moving from place to place in the Sambisa forest disguised as a woman. The statement revealed the Boko Haram leader appears to be on the run as time was fast catching up on him.

In what appears a response to the claim by the Army, the Boko Haram hits Konduga in Borno state as three female suicide bombers strike the community leaving 17 dead.

Could Shekau be said to have disguised as a female suicide bomber and strike Konduga? Your guess could best be imagine as the Chief of Army Staff, Tukur Buratai gave a marching order that the Boko Haram leader must be produced dead or alive.