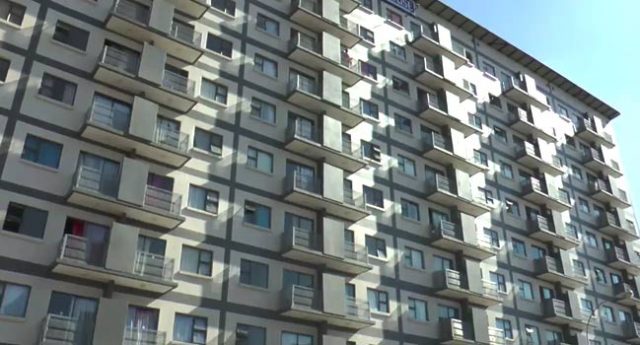 A 36-year-old Nigerian, Christopher Omoike, has jumped to his death from his apartment on the ninth floor of a building in Johannesburg, allegedly in an attempt to avoid arrest.

There are still conflicting accounts about the events that led to the invitation of the police to Omoike’s apartment but his flatmate, a Nigerian man, and his girlfriend said he was trying to avoid arrest following an alleged violent attack on a Nigerian lady who has a child for him.

The Nigerian Consul-General, Godwin Adama, visited the scene of the incident which occurred on Sunday on the invitation of the Independent Police Investigative Directorate (IPID).

“We were told that the previous night, he (Omoike) had been very worried because he was having challenges with the (Nigerian) lady that had a baby for him and seized her phone,” Adama said.

He added that Omoike reportedly beat the lady up later that night in a struggle over the phone, injuring her.

“On the basis of this, the roommate, Oscar, as part of his testimony, took her to the Police station to make a report about the fact that she was battered… and based on this, the Police were invited,” Adama continued.

Omoike’s South African girlfriend who was with him that night said the 36-year-old told her that if the Police came to arrest him, he would kill himself.

An investigation is, however, ongoing into the incident.

“The police told me that the most important thing is to establish the fact,” Adama said, adding that the police denied doing anything to Omoike when they got to his location.

An autopsy would be carried out by the Police to ascertain the cause of death.

“After the autopsy, the Independent Investigative Police Directorate will hand over the case to other police investigators,” Adama said.