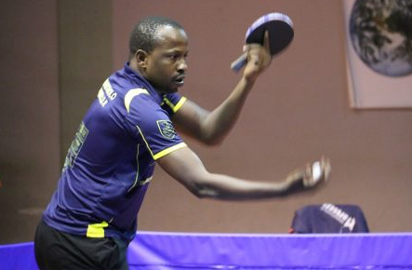 Top Nigerian table tennis player, Seun Ajetunmobi has died after sustaining injuries from a gas explosion that occurred in his residence.

According to reports, the incident occurred on May 23, at his Lagos home.

Ajetunmobi, who played for Nigeria at the 2015 All African Games in Congo Brazzaville, died on Friday at the hospital.

He was said to be on holiday from his base in Italy.

Nigeria Table Tennis Federation secretary-general, Idaye Antony who confirmed the story said the NTTF has been devastated by the death of the promising player.

Only recently he was crowned men’s singles champion of the annual Aso Table Tennis Championship in Abuja.

“What a great loss. May God comfort his wife, children, parents, siblings and all of us that love and want the best for him.

“What a life we live in. I still can’t believe I won’t see Seun again,” Funke Oshonaike lamented.