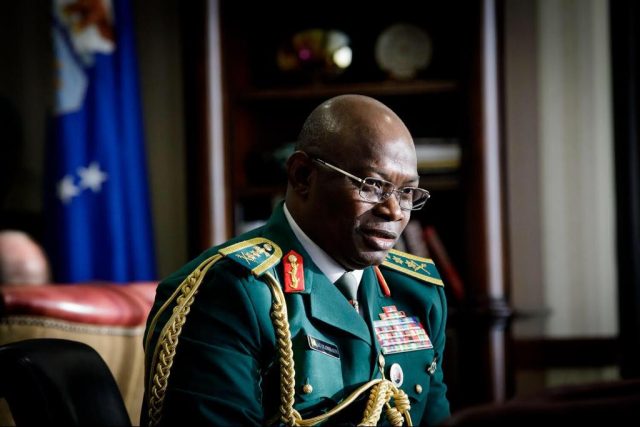 The Chief of Defence Staff (CDS), Abayomi Olonisakin, has said many ex-military men in the country grappled daily with challenges of civil life, inadequate support, and encouragement.

Olonisakin stated this in Abuja during a workshop with military veterans and retired military men.

He said the Federal Government had sent experts to Egypt and United Kingdom to adopt their pattern of veterans’ welfare for Nigeria’s military retirees.

The three-day workshop, which brought together over 100 military veterans across the country, was on the unification of veterans’ association in Nigeria.

The CDS said the administration of Nigeria’s military retirees was not yet up to international best practices.

“Regrettably, many military retirees grapple daily with the challenges of civil life and integration, with inadequate support and encouragement. This calls to question the plans we have for our veterans and their administration after service as compared with international best practices.

“Veteran administration in the 21st century has improved in many nations. Thus, as part of our efforts to improve the administration of our veterans, I approved a team to visit Egypt in December 2017 to study the Egyptian model.

“This workshop is to discuss the common challenges facing Nigeria’s ex-servicemen and proffer solutions to them. No nation can afford to ignore her armed forces. Not only do the armed forces defend the territorial integrity, they have also been the bastion of unity from various divisive tendencies that constantly threaten the unity of the country.”

The Director, Veteran Affairs Division of the Ministry of Defence, Edmond Obi, assured that the Federal Government would intensify on welfare programmes for the wellbeing of military retirees.