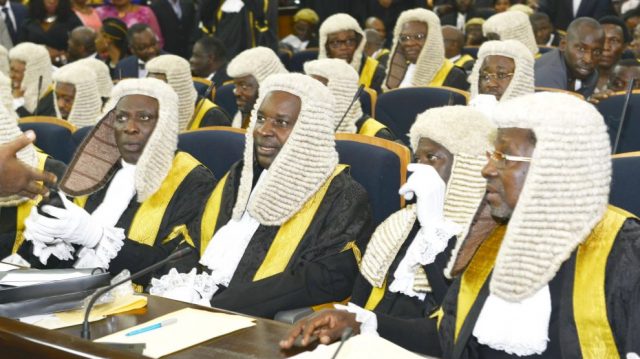 The National Judicial Council (NJC) Committee on the monitoring of alleged corruption cases in court is set to actively engage prosecution bodies like the Economic and Financial Crimes Commission (EFCC), and Independent Corrupt Practices and Other Related Offences Commission (ICPC) in furtherance of its mandate.

The Committee known as Corruption Financial Crimes Cases Trials Monitoring Committee (COTRIMCO) has also received 2,306 on-going alleged corruption cases, which are now receiving attention from the four Sub-Committees it had been divided into.

The Sub-Committees are Practice Directions, Training, Feedback and Engagement and Awareness. They were constituted at the meeting of the anti-graft panel, under the leadership of the Chairman, Suleiman Galadima, a retired justice.

The Committee also divided the country into three zones for ease of monitoring and evaluation of the said cases.

The Zones are: Zone A, Abuja FCT; Zone B, Northern Zone; and Zone C, Southern Zone.

Chief Judges of State Divisions who were yet to submit the list of the alleged corruption cases to the committee are also being reminded to do so without delay.

The Committee directed its Secretary, Gambo Saleh, who is also the Council’s Secretary, to write the defaulting CJs.