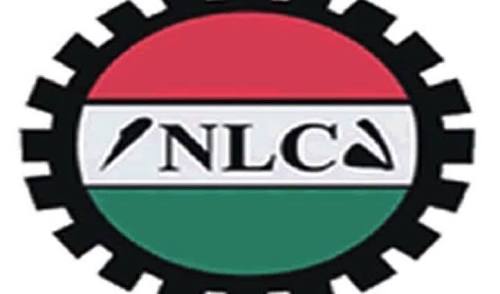 Ayuba Wabba, NLC president, presented the petition to the conference while speaking on issues affecting Nigeria at the ongoing 107th International Labour Conference on Wednesday in Geneva, Switzerland.

According to him, the complaint has been lodged and it will be taken up by the Committee on Application of Standard where the issue will be referred.

“NLC is currently engaged in tripartite Minimum Wage negotiation with the Government and we will remains eternally vigilant to ensure that the process is successfully concluded.

“That is within the stipulated timeline by the Federal Government of Nigeria. We must be able to give voice to workers,” he said.

He added that some State Governments were violating not only our national laws but also refusing to obey court orders with impunity.

“They are also violating our international conventions, which we signed as far back as 1960. At the end of the day, it is not the states that will be held responsible, but the country,” he said.

Wabba called on the ILO to continue to use her results and outputs as inputs to effectively take on new and daunting challenges.

He said some of these new challenges include migration and refugee crises, automation and technology, artificial intelligence, widening income distribution crisis, work place and domestic gender based violence.

Others, he noted, are climate change and growing insecurity and fragility of states, as well as the failing and falling of democracy and democratic practices.

He said the NLC was committed to the fight against corruption, adding that the organisation wanted to block financial leakages and improve revenues for public services delivery.

The NLC president, while speaking with journalists, noted that Nigeria was elected as Vice President of Workers Group at the IO7th session of the ILO.

Wabba said there had been a renewed commitment by the workers group to participate fully in all the committees.

“Our number has actually increased and the quality of participation also. Also Nigeria has regained her position in the leadership of the global trade union issues.

“At this 107th conference, we have been elected as the Vice President of the Workers Group,” he said.

Wabba said he was elected in absentia, adding that this had made Nigeria to be member of the ILO selection committee.

He said that this development was in recognition of the fact that NLC and Nigerian workers had regained their position in the scheme of affairs of workers globally.