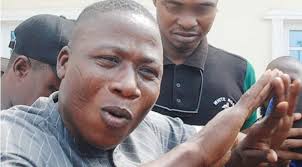 Yoruba freedom fighter, Sunday Igboho is being kept in Benin Republic prison to protect him, his lawyer Olusegun Falola.

Besides, he said the agitator is covered by ECOWAS protocols to which Nigeria and Benin Republic are signatories, adding that there are no criminal charges against him.

Falola, a PhD holder, who teaches law in one of the Beninoise universities, is a member of the nine-man defence team for Igboho at the Benin Republic court.

He spoke to The Nation yesterday in Cotonou, Benin Republic’s capital.

Falola said: “Though the laws of Benin Republic do not allow a person to be detained in police custody beyond one week, authorities in the Benin Republic believe that setting Igboho free at the time the matter was still generating a lot of heat in local and international circles might also expose him to danger.”

The lawyer explained that authorities in Benin Republic felt that they owe Igboho a duty to provide him security and protection till the furore generated by his arrest calms down.

Falola, who is optimistic that Igboho will be discharged and acquitted, said: “Igboho has not committed any offence here. He did not even stay here up to one day before he was arrested. He was arrested at the airport on his way out.

“Space and time were not enough to link him with any criminal issue here. This has made it difficult to say his mission here is to cause trouble or commit a crime. He was arrested because of political issues emanating from Nigeria.

“His continued incarceration here is to allow things to calm down and for peace to reign between Nigeria and Benin Republic. We have no criminal allegation against him in the Benin Republic,” he said.

The lawyer added: “Anyone that insists that we should set Igboho free now only wants him killed. He can be killed, which may cause more problems.

“I have not seen him since Monday, but his wife is allowed to see him. I am processing for permission to see him. But I see his wife from time to time. We spoke about two hours ago. She said he is very safe where he is now. He was given medical attention immediately after he got to the prison.

“The new place is far better than the police cell because he will no longer be in handcuffs. He enjoys full protection and comfort where he is being kept. There is an instruction that he should not be made to feel like a prisoner or criminal. He is not a convict yet.

“About the next court appearance, we have not gone back to the court because that is not how we do it here. It takes some two weeks or months before we can do anything on the matter.

“As a matter of fact, it is the judges that can do something about the next court appearance.”

According to him, going by various treaties, declarations and agreements by the United Nations and ECOWAS, which the two countries are signatory to, it is impossible to extradite Igboho from the Benin Republic based on allegations bordering on his agitation for the separation of Yoruba Nation from Nigeria.