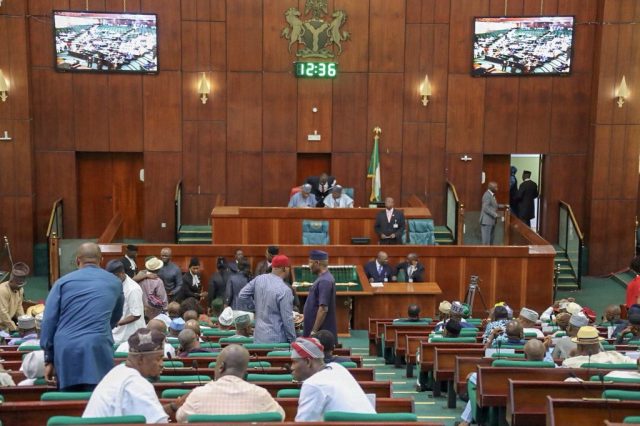 A House of Representatives member representing Kazaure/Roni/Gwiwa Federal Constituency, Muhammadu Kazaure, has disassociated himself from the National Assembly’s plan to impeach Muhammadu Buhari, the President  of Nigeria.

A Joint Executive Session of both chambers of the Assembly earlier on Tuesday passed a 12-point condition for the president to address urgently or face the invocation of the powers of the legislature.

At a news conference shortly after the ultimatum to the President by the lawmakers, Kazaure said that he would not be part of such decision.

”Nobody will impeach the President as long as we are alive in this House because that day, it will be a war day,” he said.

He said that there were senators and members of the house who would not support such move.

The lawmaker urged Buhari to intervene in the matter in the interest of the country and the All Progressive Congress (APC).

”I am sure the President will take serious action and the whole thing will stop.

”God gave us this power; so, there is no need for this Government to intimidate anybody because of re-election matter or any other reason.

”By now, we should try and be good to people; this is what we should concentrate on,” he said.