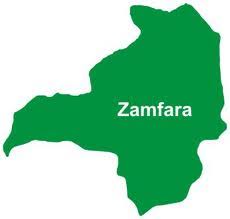 A popular bandits’ leader, Dogo Gide has been reportedly killed in his hideout by some of his men who collaborated with another notorious bandits’ group led by late Damina.

He was being treated for gunshot injuries earlier sustained in a battle at Kuya Bana forest of Zamfara State.

According to a source, Dogo Gide’s death has become a great advantage in the fight against armed banditry, kidnapping and cattle rustling in Nigeria.

It was learnt  that Dogo Gide had been terrorising many communities in Zamfara, Niger, Kaduna, katsina and Kebbi States over the years.

He killed another notorious bandits’ leader, Buharin Daji some years ago.

“At the height of his notoriety he controlled several hundred of heavily armed men and has camps in Kuya Bana forest, Zamfara State, Goron Dutse forest, Dogon Gona forest in Birnin Gwari and Shiroro LGAs, respectively in Kaduna/Niger States and Kafarma forest.

“Dogo Gide was the brain behind the kidnap of one hundred and twenty six students of Bethel Baptist Secondary School, Maraban Damishi, chukun Local Government Area of Kaduna State on 5th July 2021, where over thirty students and several staff of Federal Government College, Birnin Yauri were abducted about four months ago”

“They regained their freedom after several millions of naira was paid as ransom by the parents and well wishers of the abductees.

“The present disagreement between different factions of the bandits is a welcome development and is coming on the heels of relentless clampdown on armed bandits by our gallant security forces. Several of the most notorious armed bandits’ leaders have either been killed or arrested by the security forces,” the source said.