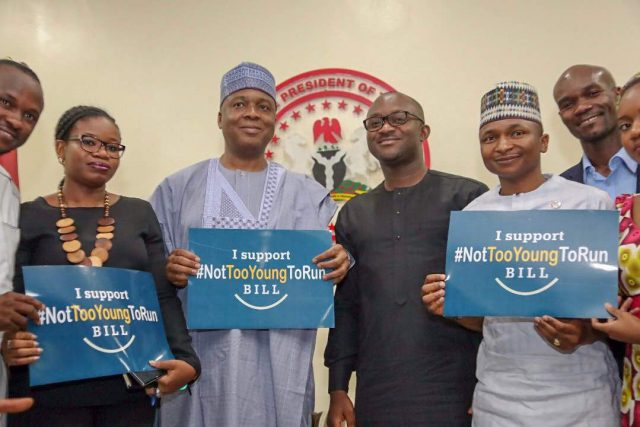 The Senate President, Bukola Saraki has said the NotTooYoungToRun Bill represents the beginning of inclusion of this vital segment into our nation building.

“More than half of our 180 million population are young people under the age of 30. Today’s signing of the #NotTooYoungToRun Bill represents the beginning of the inclusion of this vital segment into our nation-building.

The Senate President also pointed that this however is not the last bus stop of the journey.

“As young people across the country bask in the moment and celebrate the signing of the #NotTooYoungToRun Bill, they must not see this as the final bus stop on this journey. It is one thing to be able to run, but, it is another thing entirely to be able to serve.

“Our nation needs the energy and innovation of our young people. Hence, the next phase of #NotTooYoungToRun must be young people registering to vote, collecting their #PVCs, running for office and/or working to get their peers elected into both legislative and executive offices.

‘I congratulate @YIAGA and all other groups that championed the #NotTooYoungToRun Bill and commend my colleagues in both @NGRSenate and @HouseNGR for making sure that this Bill passed its first milestone during the #ConstitutionReview Process.”