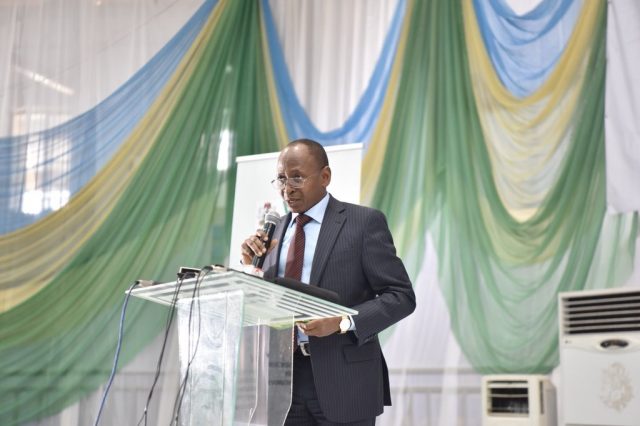 The Accountant-General of the Federation, Ahmed Idris, has said that the Nigeria Police Force (NPF) is encountering challenges because it has just migrated personnel salaries to the Integrated Personnel Payment Information System (IPPIS) platform.

He said this in a statement issued by Oise Johnson, the Head, Press and Public Relations, Office of the Accountant-General of the Federation (OAGF) on Thursday in Abuja.

Some aggrieved policemen, had in May staged a protest at the OAGF, to demand explanation on discrepancies in their salaries after moving from GIFMIS to IPPIS platform.

Idris said this when he received Nnenna Akajemeli, the National Coordinator of SERVICOM, and other management team.

He said given their numerical strength and other peculiarities associated with the NPF, there were bound to be some challenges.

“On IPPIS, we have presently about 480 Ministries, Departments and Agencies (MDAs) and over 685,000 personnel being paid without hitches or complaints, why will it be only the police that are complaining?”

He, however, assured that the challenges were being resolved.

“These challenges are being resolved through the multiple help desks established in the Treasury and other police commands across the nation”, he said.

On the issue of shortfall in payments, Idris said that they may not be unconnected to a number of statutory deductions which were on the platform.

The deductions he said includes the National Housing Fund (NHF), which is 2.5 percent of basic salary and tax which is also calculated according to one’s earnings, but were previously not properly deducted.

The accountant-general reassured Nigerians, especially those working in the public service, of the commitment of the Treasury to partner with all stakeholders to actualise a seamless implementation of IPPIS.

He added that plans were underway to commence migration of the military onto the IPPIS platform.

Idris, therefore, called for the understanding and corporation of all stakeholders to improve Public Finance Management (PFM) reforms in the country, adding that his office was fully committed to full implementation as directed by Muhammadu Buhari, the  President  of Nigeria.

Earlier, Akajemeli expressed satisfaction with activities of the Office of the accountant-general of the Federation in the discharge.

“We want to appreciate and commend you for the timely release of funds and salaries and for the good job you are doing to entrench transparency and accountability in the running of government business.

“We also appreciate all the reforms which you are implementing and we attest that they are in line with the SERVICOM principles and practices, transparency, improved efficiency, service delivery and value for money.’’

She disclosed that in view of the observations SERVICOM had made while monitoring service delivery in the MDAs, it intends to institute a reward system for all MDAs that excel in service delivery to the Nigerian people.

According to her, SERVICOM will soon make public the criteria for the awards and urged all public officers to ensure that true service to the people remained their guiding principle.