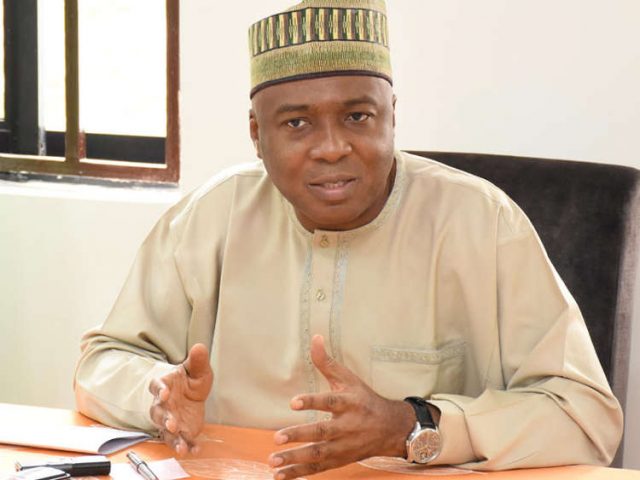 The Senate President, Bukola Saraki, has dispatched his Aide-de-camp (ADC) to the Police headquarters in Abuja to obtain the invitation asking him to appear before the law enforcement agency over the April 5 bank robberies in Offa, Kwara State.

In a tweet on Monday, Saraki said he is sending his ADC to collect the Police invitation letter so that he could honour the invitation.

Theadvocate.ng reports that Nigeria Police on Sunday in a statement disclosed that Saraki was wanted for questioning after some suspects allegedly linked him to the robberies that claimed at least 33 lives in Offa.

”I have just informed my ADC to get the letter of invitation from @PoliceNG in respect of the allegations raised yesterday — so that I can immediately honour the alleged invitation,” he wrote.