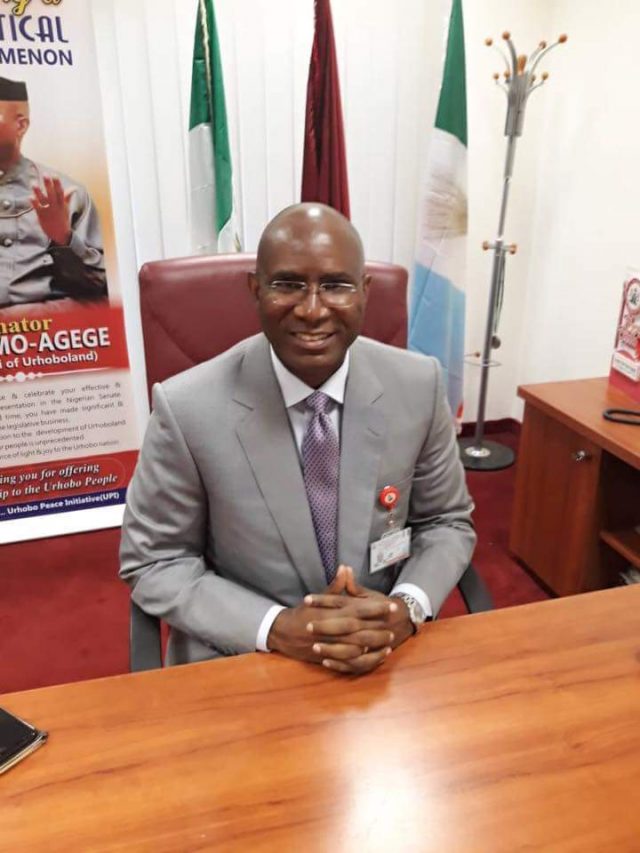 The lawmaker representing Delta Central Senatorial District, Ovie Omo-Agege, is currently appearing before the joint Senate and House of Representatives Ad hoc committee set up to investigate the invasion and mace snatching at the Senate chamber on April 18, 2018.

Omo-Agege has however dragged the National Assembly to court to stop the investigation.

The committee had last week invited Omo-Agege and Ndume over their alleged roles in the attack on the Senate.

Chairman of the committee, Bala Ibn Na’Allah, while announcing the summons last Tuesday, had noted that testimonies given by various security personnel at the National Assembly Complex before the panel had implicated Omo-Agege and Ndume.

The panel had however shifted the investigate hearing to Tuesday following an extended session held by the Senate last Wednesday for consideration and passage of the 2018 Appropriation Bill.

Both chambers of the National Assembly had also skipped plenary last Thursday to allow members of the All Progressives Congress (APC) attend to the state congresses held by the party last Saturday.

Omo-Agege had said he would appear before the panel, although he had taken the legal step to stop the probe.