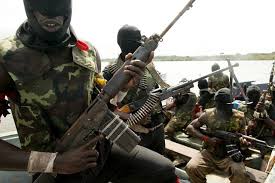 One of the students kidnapped from the Federal Government College, Birnin Yauri, Kebbi State, on Thursday has been shot dead during a gun duel between soldiers and the abductors.

The Deputy Force Commander of the Joint Task Force in the North-West Zone, Air Commodore Abubakar AbdulKadir, made  this known to reporters in Zamfara State on Friday.

He added that four students and a teacher were rescued during the operation.

“In the early hours of this morning, we have come across the kidnappers. They came to our blocking point, and we engaged them,” Abdulkadir said.